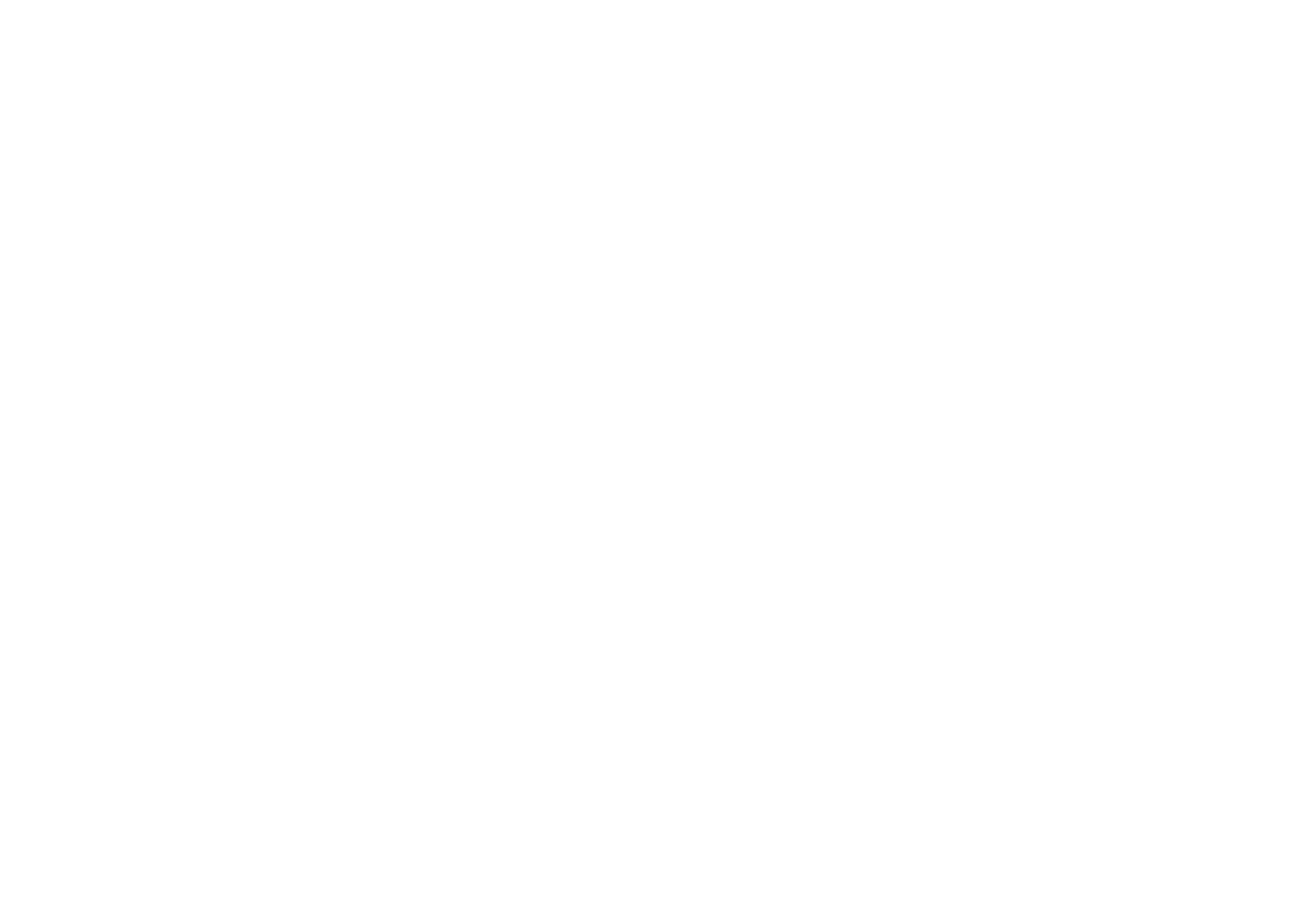 Revolution has taken place at Manor Farm. The animals have overthrown their human masters and assumed control of the farm. Led by the charismatic porker Napoleon and fueled by enthusiastic camaraderie, a prosperous future free from the self-serving greed of humans is theirs for the taking. However, it is not long until the principles that promised equality become the shackles that bind the animals once again.

Created by critically-acclaimed shake & stir theatre co, Animal Farm will be one of the most blisteringly relevant, fiercely physical and wickedly funny theatre events of 2021.

After being put out to pasture for much of 2020, live theatre is back – and more essential than ever.

shake & stir theatre co’s adaptations are punchy, impressive and aim to push boundaries for students. This award-winning stage adaptation of Animal Farm will extend students’ understanding of the novel or provide an example of Political Theatre with no prior knowledge necessary. Students can compare and contrast the text and play, exploring the themes and issues presented for a new, modern audience. 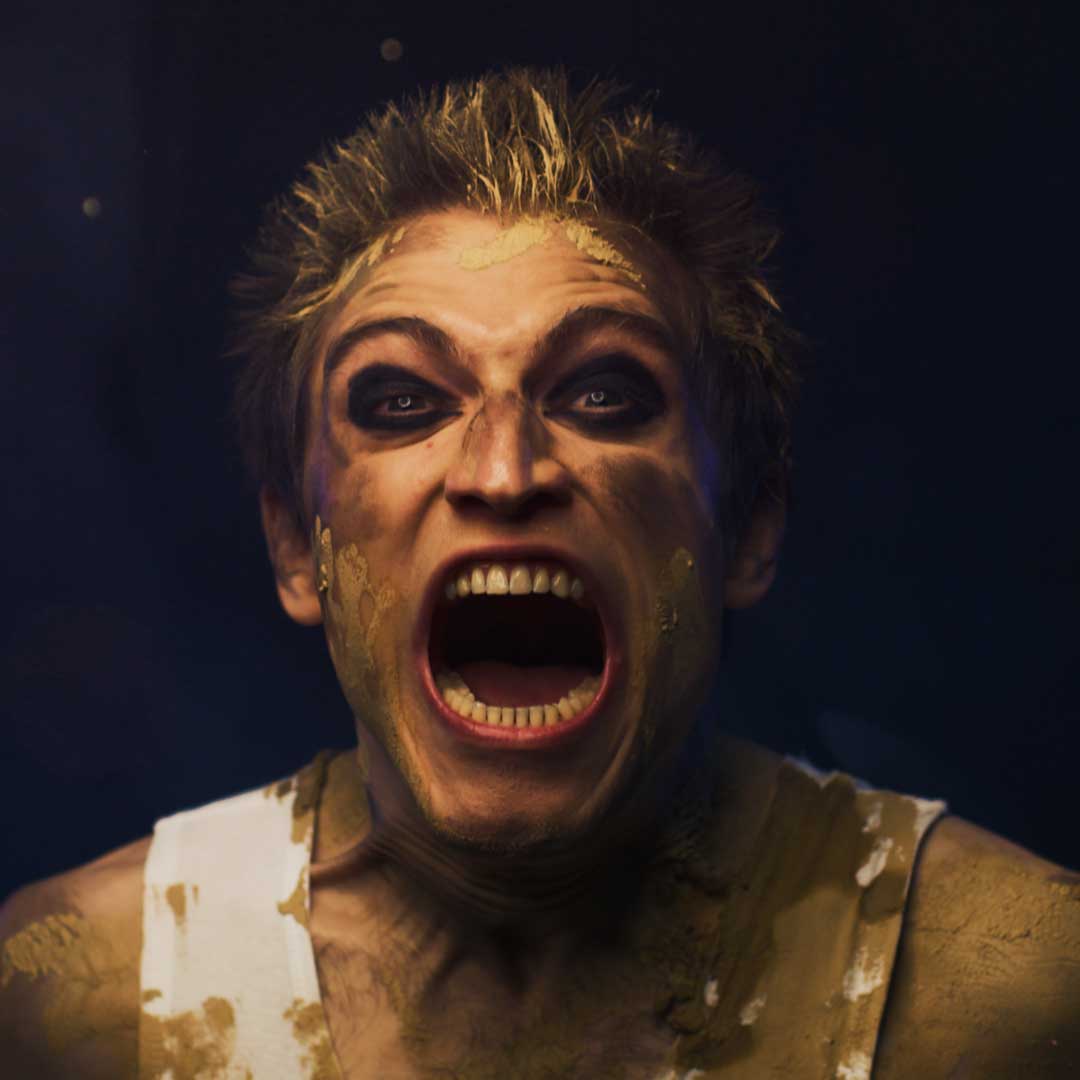 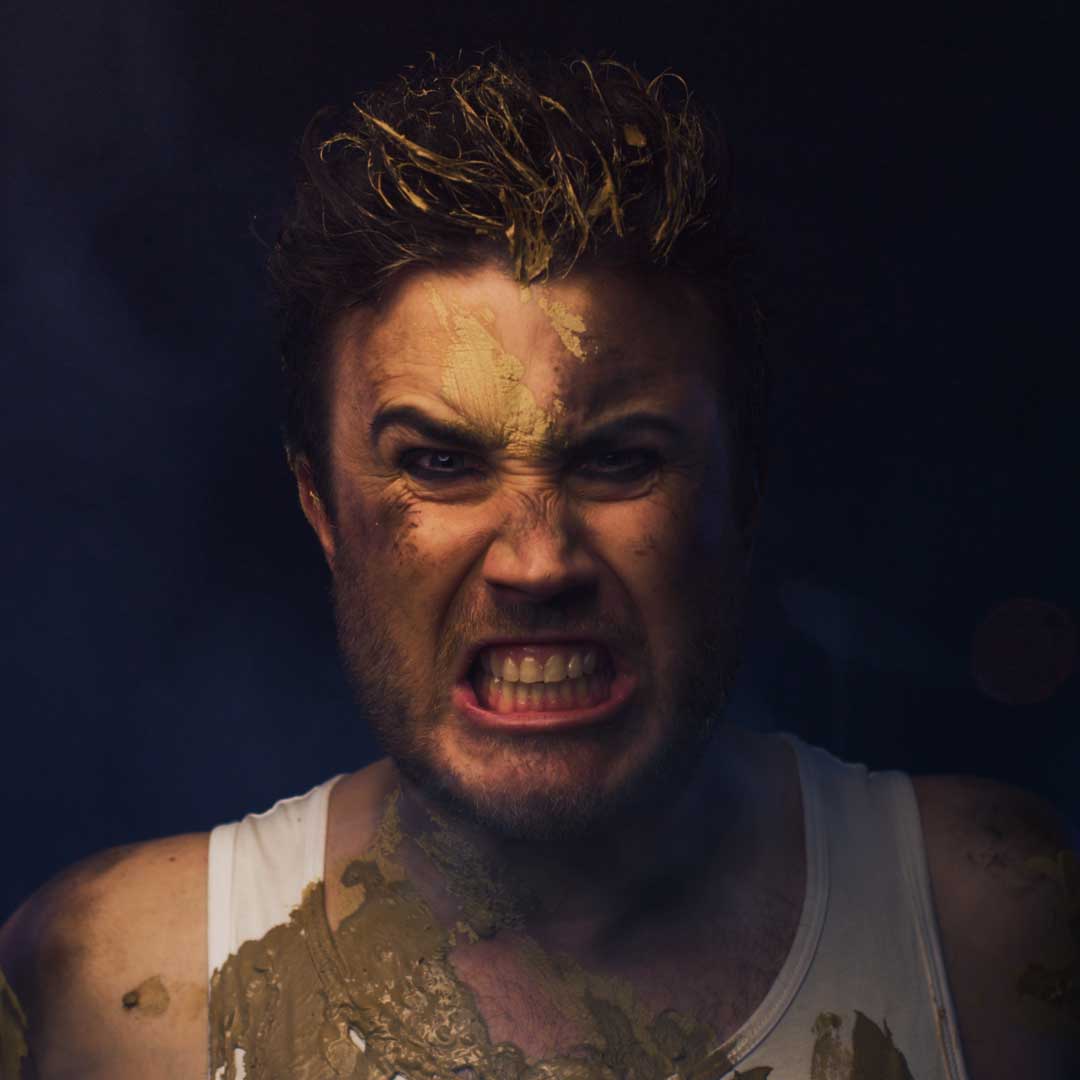 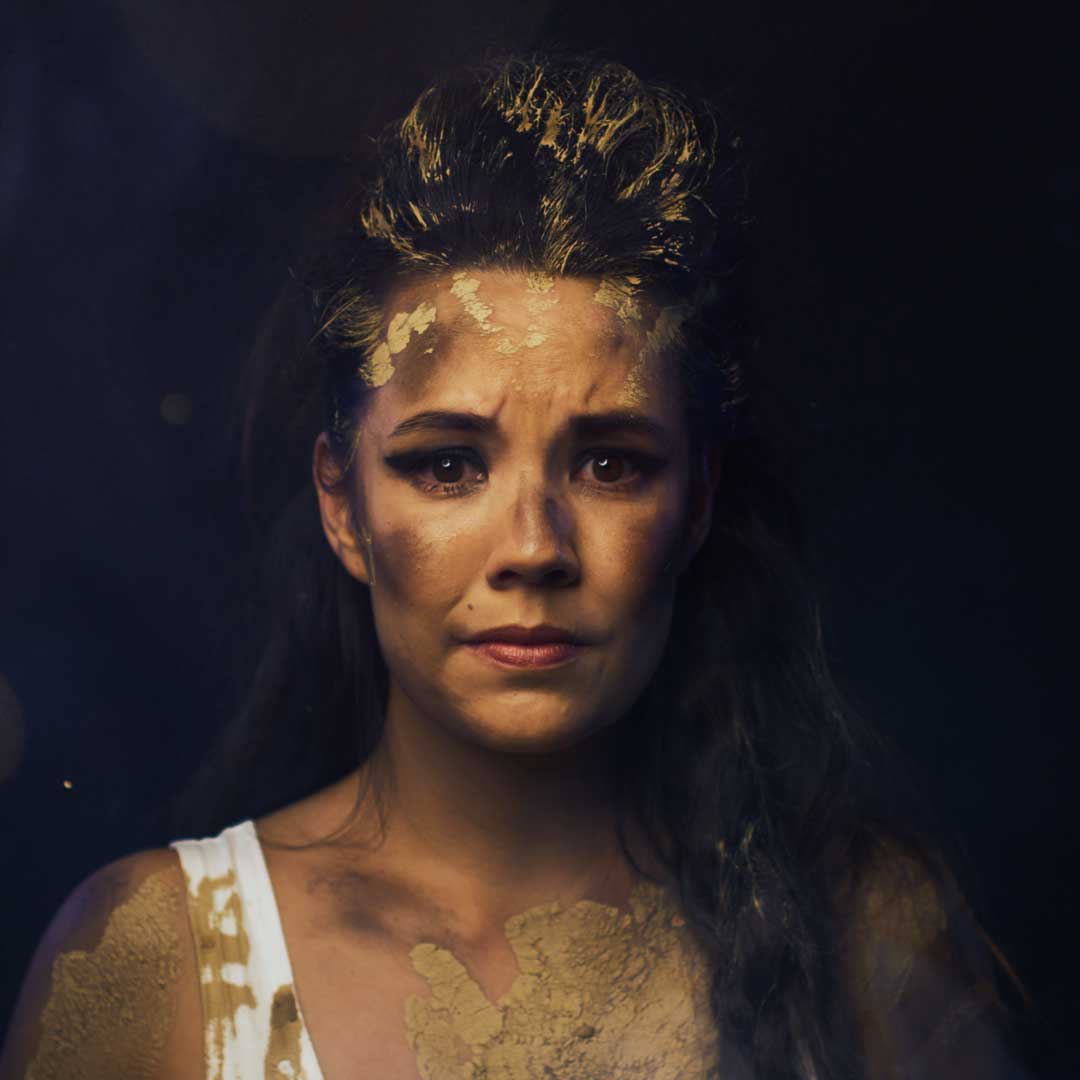 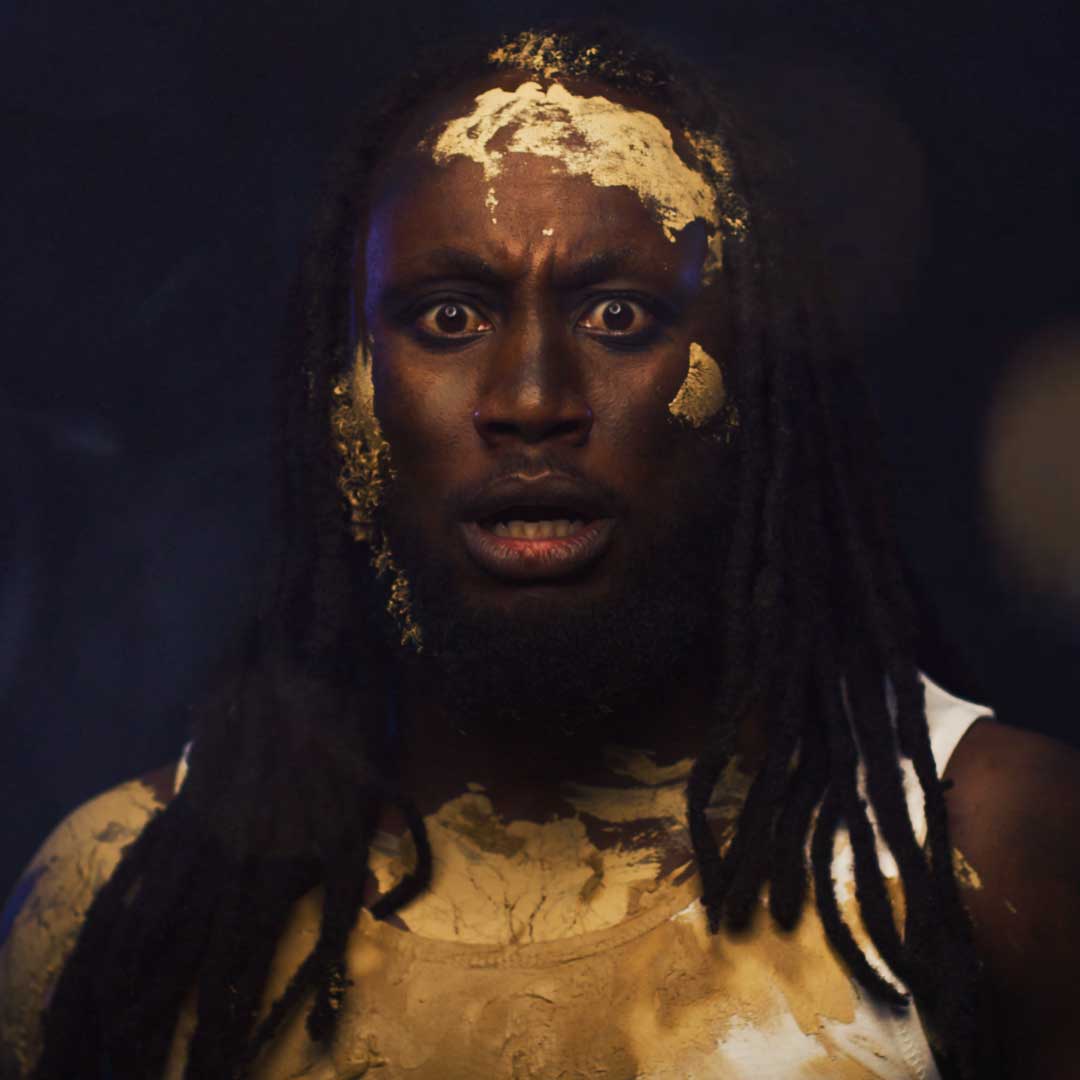 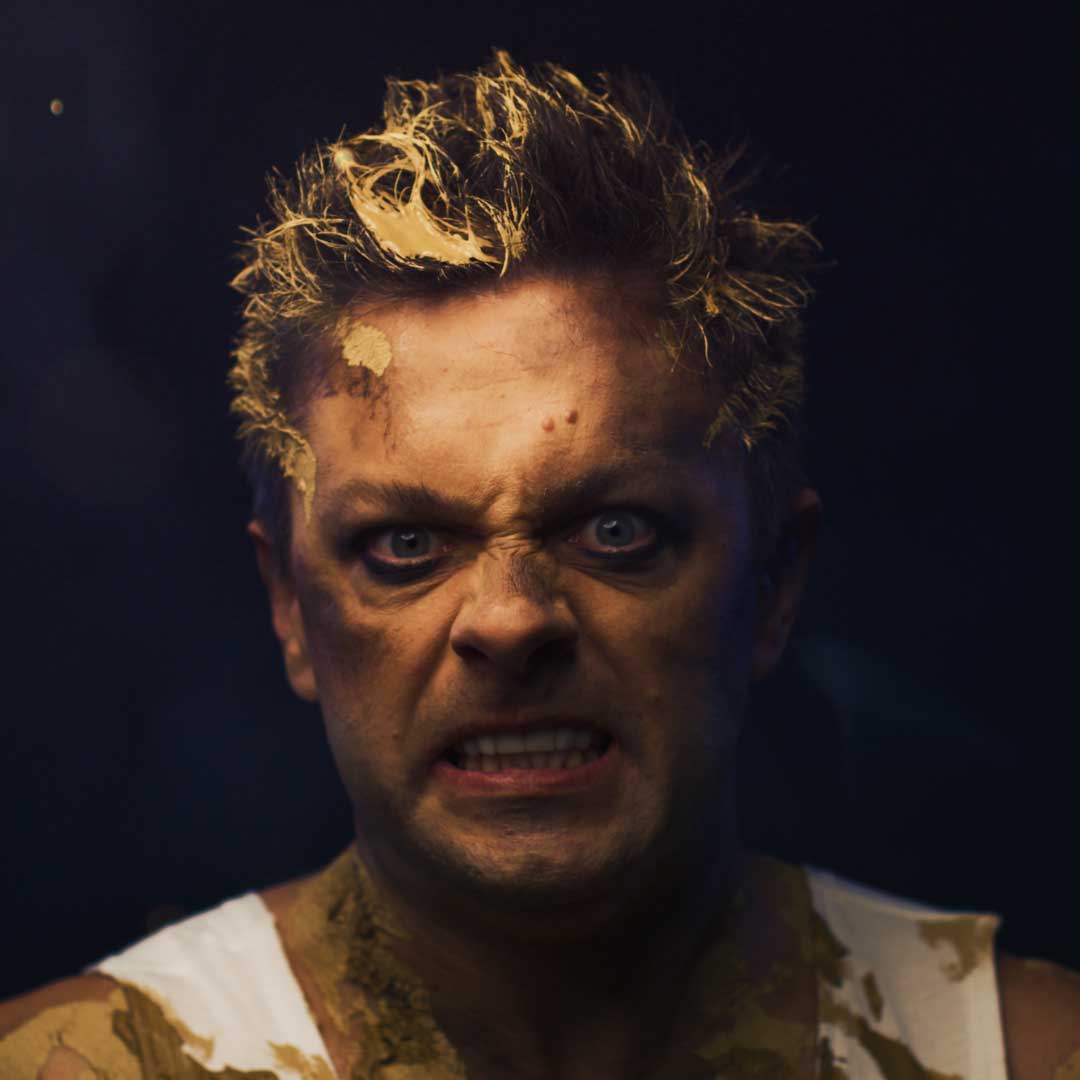 Old Major, the old boar on Manor Farm, calls the animals on the farm for a meeting, where he vilifies the humans and teaches the animals a revolutionary song, “Beasts of England”.

After Major’s sudden death, two younger pigs, Snowball and Napoleon, assume command and turn his dream into a philosophy. The animals rebel and drive the drunken and irresponsible Mr. Jones from the farm, renaming it “Animal Farm”.

The Seven Commandments of Animalism are written on the wall of a barn. Snowball attempts to teach the animals reading and writing and the pigs elevate themselves to positions of leadership.

Napoleon takes the pups from the farm dogs and trains them privately. When Mr. Jones tries retaking the farm, the animals defeat him at what they call the “Battle of the Cowshed”. Napoleon and Snowball struggle for leadership. When Snowball announces his idea for a windmill, Napoleon opposes it. Snowball makes a speech in favour of the windmill, whereupon Napoleon has his dogs chase Snowball away. In Snowball’s absence, Napoleon declares himself leader and makes changes. Meetings will no longer be held and instead a committee of pigs will run the farm. Using a young pig named Squealer as a mouthpiece, Napoleon announces that Snowball stole the idea for the windmill from him. The animals work harder with the promise of easier lives with the windmill.

After a violent storm, the animals find the windmill shattered. Napoleon and Squealer convince the animals that Snowball destroyed the windmill. Once Snowball becomes a scapegoat, Napoleon begins purging the farm, killing animals he accuses of consorting with Snowball.

Napoleon abuses his powers, making life harder for the animals; the pigs impose more control while reserving privileges for themselves. The pigs rewrite history, vilifying Snowball and glorifying Napoleon. Squealer justifies every statement Napoleon makes, even the pigs’ alteration of the Seven Commandments of Animalism. The Commandments begin to change and evolve as each of the pigs find their own place as ‘leaders’. ‘Beasts of England’ is replaced by an anthem glorifying Napoleon, who appears to be adopting the lifestyle of a man. The animals, though cold, starving, and overworked, remain convinced through psychological conditioning that they are better off than they were when ruled by Mr. Jones.

Squealer begins to abuse his power and the other pigs. Mr. Frederick, one of the neighbouring farmers, swindles Napoleon and attacks the farm, using blasting powder to blow up the restored windmill. Though the animals win the battle, they do so at great cost, as many, including Boxer, are wounded. Boxer continues working harder and harder, until he collapses while working on the windmill. Napoleon sends for a van to take Boxer to the vet, explaining that better care can be given there. Boxer dies, amongst speculation from the pigs that it was a cover- up from Squealer.

Years pass, and the pigs learn to walk upright, carry whips, and wear clothes. The Seven Commandments are reduced to a single phrase: “All animals are equal, but some animals are more equal than others.” Napoleon holds a dinner party for the pigs and the humans of the area, who congratulate Napoleon on having the hardest-working animals in the country on the least feed.

Napoleon announces an alliance with the humans and reverts the name of the farm to “Manor Farm”.

Orwell was born Eric Arthur Blair on 25 June 1903 in eastern India, the son of a British colonial civil servant. He was educated in England and, after he left Eton, joined the Indian Imperial Police in Burma, then a British colony. He resigned in 1927 and decided to become a writer. In 1928, he moved to Paris where lack of success as a writer forced him into a series of menial jobs. He described his experiences in his first book, ‘Down and Out in Paris and London’, published in 1933. He took the name George Orwell, shortly before its publication. This was followed by his first novel, ‘Burmese Days’, in 1934.

An anarchist in the late 1920s, by the 1930s he had begun to consider himself a socialist. In 1936, he was commissioned to write an account of poverty among unemployed miners in northern England, which resulted in ‘The Road to Wigan Pier’ (1937). Late in 1936, Orwell travelled to Spain to fight for the Republicans against Franco’s Nationalists. He was forced to flee in fear of his life from Soviet- backed communists who were suppressing revolutionary socialist dissenters. The experience turned him into a lifelong anti- Stalinist.

Between 1941 and 1943, Orwell worked on propaganda for the BBC. In 1943, he became literary editor of the Tribune, a weekly left-wing magazine. By now he was a prolific journalist, writing articles, reviews and books.

In 1945, Orwell’s ‘Animal Farm’ was published. A political fable set in a farmyard but based on Stalin’s betrayal of the Russian Revolution, it made Orwell’s name and ensured he was financially comfortable for the first time in his life. ‘Nineteen Eighty-Four’ was published four years later. Set in an imaginary totalitarian

future, the book made a deep impression, with its title and many phrases – such as ‘Big Brother is watching you’, ‘newspeak’ and ‘doublethink’ – entering popular use. By now Orwell’s health was deteriorating and he died of tuberculosis on 21 January 1950. This biography was found at: BBC – History – Historic Figures: George Orwell (1903 – 1950)

IN THE REHEARSAL ROOM

Conversation Starters and Research Tasks. You could facilitate these as small groups debates, whole class discussions or as a writing task – whatever works for your class!

1. What is power? Think about leadership and what makes someone a good or bad leader. Write down the 5 best/worst qualities of a leader.

2. How do you release anger? What makes you angry? How can anger be used in a healthy way?

3. Have you ever felt that leaders contradicted themselves? Think about politicians and the promises they make before getting elected. Why does this happen? Why are humans such hypocritical people? Have you ever done something you said you wouldn’t do?

4. Research totalitarianism. What does it mean? Where in history has it been seen before?

5. Discuss the pros and cons of socialism VS communism. If you had to live under one way of life, which would you choose and why? Use a Venn diagram to collate your thoughts.

6. Research the context of Animal Farm. Find out information about the following:

7. What did Orwell think about Communism? How do you know?

8. Why do we use allegories to teach? Who are they usually aimed it?

9. What is ‘anthropomorphism’? Can you think of examples from media? (Fantastic Mr Fox, Bluey, The Chronicles of Narnia, Winnie The Pooh) Why do artists/authors/film makers use this device?

1. What differences did you notice between the play and the novel? Which did you enjoy more and why? Create a PMI (plus/minus/interesting) chart with your findings.

2. How does Orwell use foreshadowing in the novel? Think of specific examples (such as the dogs attacking Boxer). How were these shown in the stage version?

3. Discuss the quote “Four legs good, two legs bad”. How many times did the commandments change throughout the story? Why?

4. Think about each of the characters names and try and come up with their symbolic meaning. EG Snowball = gets bigger and bigger, or ‘the snowball effect’.

5. References to Animal Farm exist in all forms of pop culture. Why has it had such an impact on writers/directors/musicians/illustrators?

6. Brainstorm examples of gaslighting in the show. Who does this? Why?

7. Why did Orwell choose to write Animal Farm as an allegory? What effect did this have?

This activity is best to do before seeing the play – to explore the themes and ideas presented in Animal Farm.

Set up the room as if we are in a large meeting – a long row of tables with chairs around works, or a large circle where everyone can be seen. To effectively set up this activity you will need to prep students on the purpose of an extended role-play. Explain that they need to handle stepping in and out of role with maturity and should commit to the role they have been given. It is often a good idea to do this in the classroom, and then go outside – hand out the role cards – and let everyone know that we will be ‘in role’ when we walk back into the classroom. Give students a few minutes to read their roles and establish a bit of a backstory. They shouldn’t share their roles with anyone else. Remember with any extended role-play to allow enough time before the lesson ends to properly debrief.

During today’s lesson we will be doing an extended role play. Commit to the role you’ve been given and step in and out of role with maturity – this will allow the drama to move forward. For the purpose of today’s lesson, I’d like you to imagine that we are all part of a small, tight-knit community. We work hard. We aren’t rich. Some of us want more out of life. We’ve been called together for a town meeting – we don’t know what it’s about yet. I will hand each of you a role card. Please keep this to yourself. Study it carefully so you can establish an authentic role and react inside according to the role you’ve been given. In a moment, I’ll ask you to come inside and take a seat.